“There are more slaves today than were seized from Africa in four centuries of the trans-Atlantic slave trade.”

Children work all over the world in thousands of different industries many children are in servitude so they earn no income as they are often paying off debts for themselves or their family through their work. Human trafficking exploits labor through transportation, sales and/or recruitment. 211 million children from the ages of 5 to 14 were at work in the year 2000. That number rose by an estimated 40 million by 2006. Twenty-seven million people around the world are enslaved and an estimated two million children are forced into the commercial sex trade yearly.

What are the worst forms of child labor? The definition varies from country to country, but some of the most damaging child labor practices share key features and can usually check off one or more of these descriptors:

a. Slavery, trafficking, and forced labor. This includes systems of debt such as bondage and servitude. Examples of forced labor include: the abduction of children to fight in war, and trafficking children into the commercial sex industry.

b. The use of children in illegal activities.

c. Labor that inhibits the education of a child.

d. Labor that is hazardous physically.

e. Work that harms the growth and development of a child.

According to Article 32 of the United Nations Convention on the Rights of the Child:

1. States Parties recognize the right of the child to be protected from economic exploitation and from performing any work that is likely to be hazardous or to interfere with the child’s education, or to be harmful to the child’s health or physical, mental, spiritual, moral or social development.

2. States Parties shall take legislative, administrative, social and educational measures to ensure the implementation of the present article. To this end, and having regard to the relevant provisions of other international instruments, States Parties shall in particular:

(a) Provide for a minimum age or minimum ages for admission to employment;

(b) Provide for appropriate regulation of the hours and conditions of employment;

(c) Provide for appropriate penalties or other sanctions to ensure the effective enforcement of the present article. 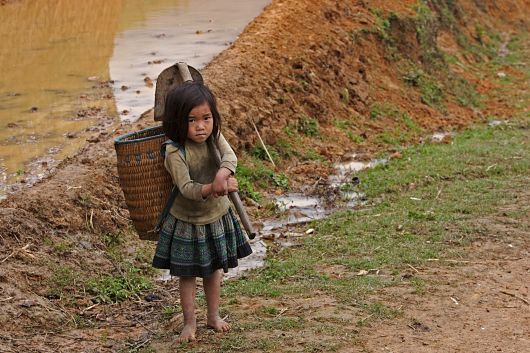 An estimated 60 to 70 percent of all child laborers work in agriculture.

Hours are long and strenuous and the pay is terrible, if it even exists at all. Internationally wages can be as low as 0.68USD per day, even in countries with minimum wage laws children are often paid much less than their adult counterparts and far below minimum wage. Children who earn money while working in the agricultural industry are the minority and work an average of 11 hours each day.

About 65 percent of children are unpaid family members. A child in servitude may work as many as seventeen hours a day seven days a week year round.

Uneducated about the dangers of pesticides

Many children are unaware of the hazards they face while working with the chemicals; often working in the fields as the pesticides are being sprayed! Short term health risks range from headaches, diarrhea and fevers to convulsions, comas and even death. Long term effects include brain damage, cancer and fertility problems. Do you prefer organic produce because of the dangers associated with pesticide use? Children are at even greater risk when they are exposed to pesticides.

Children get hurt often in this industry because of the grueling physical labor such as hauling 43 pounds of bananas in Ecuador or using extremely heavy and dangerous equipment in the USA. Although agricultural companies are almost always required to provide proper water, toilet, and hand washing facilities, many do not. Unsanitary conditions spread parasites. The inability to use a bathroom is particularly detrimental to girls who often refuse to urinate in public which leads to urinary tract infections.

There is a lack of protection from harassment.

Sexual harassment is commonplace for working children, confronting abusers can result in more violent abuse or if the abuser is a boss the child may fear losing their entire livelihood. These are concerns children should not have to worry about. Children are subjected to physical, emotional, and sexual abuse by other workers, adults, employers, and traffickers. The long term effects of child abuse are unfathomably destructive.

The international community condemns the use of child soldiers but hundreds of thousands of children have served, fought and died as soldiers in the past decade. Children are the most vulnerable among us and in war, where the fabric of society is at its most volatile, children die both on and off the battlefield. Some are forced to kill their own friends and family. These children are usually kidnapped and forced into their role, having to perform the most hazardous tasks in war conditions like laying mines and setting bombs.

Most child soldiers have very little healthcare access. Meaning infections can turn deadly because they don’t get treated. They are subject to more than combat violence. Child soldiers experience sexual harassment, abuse and assaults. They are punished brutally for improper performance, from minor mistakes to desertion. 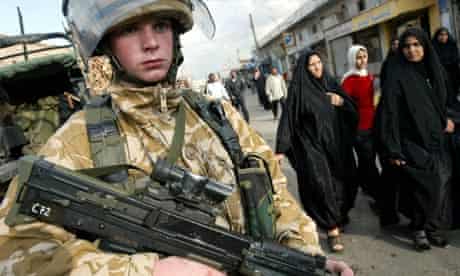 The UN Convention on the Rights of the Child states that “four core principles of the Convention are non-discrimination; devotion to the best interests of the child; the right to life, survival and development; and respect for the views of the child.” War, by default, risks life and survival, and is in no individual’s best interests.

You may have been led to believe that child soldiers only exist in the racist tropes of a war ravaged country in Sub-Saharan Africa or under extremist regimes like the Islamic State. But that’s not the case, child soldiers have long been used in conflicts around the world. Today there are thousands of children serving or being actively recruited to serve in armed conflicts from civil wars to terrorist organizations to gangs to military duty in the Western world. In the Untied Kingdom you can enlist at the age of 16. British children of 16 are in the military, and fighting in war.

Emmanuel Jal is a former child soldier turned musician from South Sudan. Check out his song Warchild and take the time to watch the music video.

Photo by Caleb Woods on Unsplash

Also known as CST, child sex tourism, is a part of the commercial sex trade where people travel to another country and engage in sexual activity. The consequences of CST on children are grave, including long term psychological trauma, lifelong physical injuries, illness and disease, addictions, pregnancy, starvation and malnutrition, and death. Those who participate in child sex tourism come from all countries and backgrounds.

A pediatrician, a professor and a dentist are just some of the jobs people prosecuted for CST have held. In 2013, a Canadian man was convicted of traveling to Cuba to engage in sex acts with little girls as young as 3.

Abuse of children pins the powerful against the powerless. CST is a disturbing manifestation of this, people with privilege in the form of time and money, are traveling to a country or region that lacks the same privileges. Traveling far to take advantage, in a most heinous manner, of the most vulnerable members of society.

As of 2009: in Lithuania 20-50% of those in prostitution were children; in Taiwan an estimated 50,000+ children; in Tulear, Madagascar 25% of prostitutes were children. In 2001 there were an estimated 400,000 children in the sex trade in the United States. Children are groomed from all kinds of backgrounds, regardless of socioeconomic status or whether living in a rural or urban location. The most likely to be victimized are children who are in dire need of food and shelter, so they may be forced to turn to sex work as a means to survive.

Unlike other forms of child labor, child sex tourism is increasing. As high-speed internet reaches more people, and tourism continues to be easier to access for people in developed nations, the more children will be exploited.

There are no concrete numbers on how many children are abused through the sex trade. The estimates are staggering and disheartening. The trauma inflicted on the victims is horrific.

I am not going to end such a depressing post with no information on how to help.

Keep reading to find out about some of the major movements that are working to tackle this horrible epidemic:

The Global Movement for Children (GMC) is an international organization with people of all ages that are working towards creating a world that is child friendly.  They work towards their goal by basing their entire approach on the rights of children and not settling for anything other than the full realization of child rights.  The children who are involved are the ones that often lead the movement.  They don’t look for short term compromises but work for long term reform.

UNICEF works in a broad variety of ways.  They raise money and increase education about child rights, protection, health, emergency care and other areas of relevance that involve the exploitation of children.  UNICEF believes that the safety and well-being of children is a responsibility that everyone has.  They are an organization that works at the local level to bring about major changes in the minds and lives of children and their families.

Founded in 1989 the Child Labor Coalition is a national organization that provides a place to transfer information on child exploitation, namely child labor.  They work towards affecting legislation on protection of child workers.  Like GMC and UNICEF the Child Labor Coalition educations the public and private about the harms of child labor and exploitation and provides a forum to discuss what can be done to stop it.

Stop Child Labour is a European based organization.

“Based on this conviction, Stop Child Labour advocates a good education for children and a reliable income for adults. In Asia, Africa and Latin-America we are collaborating with local organisations who are committed to get all children out of work and into school. For example by taking an area-based approach towards the creation of child labour free zones.”

Be Less of a Jerk 101: Racism Crash Course

No spam and we will never share your information.

If you or someone you know is in immediate danger, call your local emergency number. The numbers listed here are the commonly used numbers for the stated region, the numbers can vary greatly depending on where you live. If you don't know your country's equivalent to 911, this wiki page and The Lifeline Foundation have comprehensive listings.

Find help for a crisis by texting, calling, or chatting online with these free crisis organizations. Looking for one outside of the USA? Check out our support listings.

These online and international resources may help you anywhere you are located. Looking for local support outside of the USA? Check out our support listings.